"Oh, What a Loansome Time I Had" 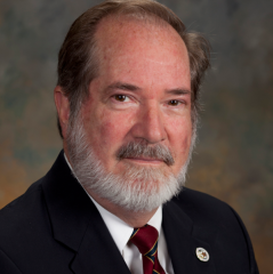 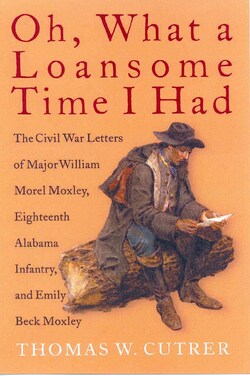 “‘Oh, What a Loansome Time I Had’: The Experience of Middle Class Southern White Women in the Civil War” is based on the letters of Emily Beck Moxley, a farm woman from Alabama’s “Wiregrass Region,” written to her husband in the Seventeenth Alabama Infantry. Contrary to the stereotypical image of the Southern Belle, the vast majority of Southern white women in 1861 owned neither plantations nor slaves and were highly unlikely to have left a written record of their existence.  Of all white Americans at mid-nineteenth century, they were the ones who were most likely to be illiterate.  And even for those who could read and write—unlike the women of the plantation aristocracy—they were highly unlikely to have left any record of their lives such as memoirs, diaries, or journals.
Emily Moxley’s letters were almost miraculously preserved and found their way into the University of Texas archives. They reveal a story of privation, cultural isolation, and sheer terror engendered by the war. They give to the modern reader a sharply focused, and often heart-breaking, view of the day-to-day life of a woman left behind on a hardscrabble farm in the depths of the Alabama outback.  They hold a strong light to issues of rural economy, family life, health and health care, pregnancy and child rearing.  And, to a small degree, they give us clues to race relations and racial attitudes of the non-slave owning segment of the South’s white population—a majority, but typically a silent one.  Finally, these letters reveal a remarkable step toward what, one hundred years later, came to be called “women’s liberation.”
DRUSILLA SEAFOOD, 3482 DRUSILLA LANE  HTTP://DRUSILLAPLACE.COM/
MEETING TIME: THE DOORS OPEN AT 6:30 PM AND THE MEETING BEGINS AT 7:00 PM ENDING 8:30 TO 9:00PM.
MEETING COST:  $30.00 INCLUDES TAX, TIP, FOOD AND FUN. PURCHASE OF A MEAL IS OPTIONAL.
RESERVATIONS:  PLEASE, MAKE RESERVATION(S) TO ATTEND THIS MEETING BY TUESDAY SEPTEMBER 15.
CONTACT: JOHN POTTS (225-937-2782,  BRCWRT@ATT.NET
LATE RESERVATIONS:  WELCOMED AND APPRECIATED.
BOOK RAFFLE: THERE WILL BE A SELECTION OF BOOKS OR ITEMS. $1 PER TICKET OR 6 FOR $5.
FACEBOOK PAGE: OUR FACEBOOK PAGE, BATON ROUGE CIVIL WAR ROUND TABLE, HAS 500+ MEMBERS, 2000+ ARTICLES, VIDEOS, AND PHOTOGRAPHS.
LEARN WITH US, AND BRING A FRIEND