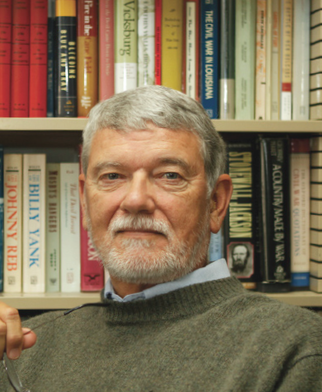 Terry L. Jones, PhD,
The Louisiana Fighting Tigers Revisited
Terry is a native of Winn Parish, served ULM for 25 years as a professor in the History program. He earned his Ph.D. in history from Texas A&M University. Jones has contributed greatly to the study of Civil War History in Louisiana. In 2014, he was awarded the Dr. Arthur W. Bergeron, Jr. Award by the Civil War Round Table of Central Louisiana, and since 2011, he has had 27 articles published as part of the New York Times online “Disunion” series “Disunion” series.
Besides Lee's Tigers, he has also published The Civil War Memoirs of Captain William J. Seymour: Reminiscences of a Louisiana Tiger, which also was a History Book Club selection; Campbell Brown's Civil War: With Ewell and the Army of Northern Virginia; Historical Dictionary of the Civil War; Cemetery Hill: The Struggle for the High Ground; and The Louisiana Journey, an 8th grade Louisiana history textbook.
Not all their targets were Yankees. During the First Battle of Manassas, a South Carolina contingent inadvertently directed friendly fire at them; the Tigers deliberately took aim and returned the fire. When there were no enemy troops to engage, the Tigers often fought among themselves. Recalled one South Carolina soldier: “They were the worst men I ever saw. They were always ready to fight, and it made little difference to them who they fought.” Wrote one Confederate in his diary, “They neither fear God, man or the Devil.” And a third called them “tigers in human form” and admitted, “I was actually afraid they would … knock me down and stamp me half to death.” 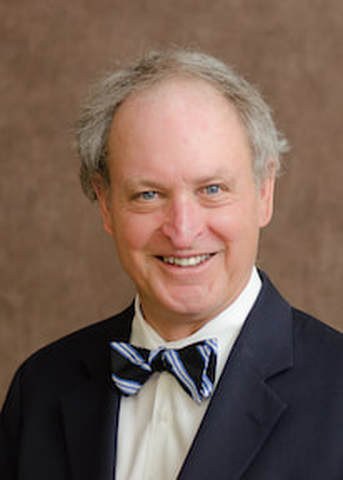 Steven Davis, Phd
Keeping the Home Fires Burning Women and Children's Roles During the Civil War
Stephen Davis of Atlanta joined the contributing staff of Civil War News in spring 2016 with a new column, "Critic’s Corner,” in which he writes about a Civil War book he likes particularly.
With our September 2016 issue, Steve began work as Book Review Editor for our newspaper. Each month he helps us present a baker’s dozen or so of first-rate critiques of new, interesting books on America’s Civil War era.
Steve has been a Civil War buff since the 4th grade. He attended Emory University, and studied under the renowned Civil War historian Bell Wiley. After a Master’s degree in American history from the University of North Carolina at Chapel Hill, he taught high school for a few years, then earned his Ph.D. at Emory, where he concentrated on the theme of the Civil War in Southern literature.
He served as Book Review Editor for Blue & Gray Magazine from 1984 to 2005, and is the author of more than a hundred articles in such scholarly and popular publications as Civil War Times Illustrated and the Georgia Historical Quarterly.
Steve is the author of several books on the Atlanta Campaign: Atlanta Will Fall: Sherman, John Johnston and the Heavy Yankee Battalions (2001), and What the Yankees Did to Us: Sherman’s Bombardment and Wrecking of Atlanta (2012). In May 2016 Savas Beatie published his paperback, A Long and Bloody Task: The Atlanta Campaign from Dalton through Kennesaw Mountain to the Chattahoochee, May 5-July 18, 1864. His companion volume is being released this spring: All the Fighting They Want: The Atlanta Campaign from Peach Tree Creek to the Surrender of the City, July 18-September 2, 1864.
Dr. Davis is also a talking head. In 2015 he served as a speaker and consultant for the television documentary, "When Georgia Howled: Sherman on the March,” a joint production of the Atlanta History Center and Georgia Public Broadcasting.
Steve is also a popular speaker to Civil War Round Tables and historical societies around the country. His favorite event was when he was invited to speak to the annual meeting of the American Civil War Round Table (UK) in London. His talks around the country have sometimes been filmed and broadcast on C-SPAN.
Steve’s next book, tentatively titled Spurs Without Greatness: A Study of John B. Hood’s Generalship in 1864, will be published by Savas Beatie. 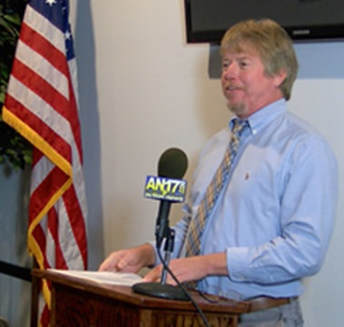 Sam Hyde is Leon Ford Endowed Chair, Professor of History, and Director of the Center for Southeast Louisiana Studies at Southeastern Louisiana University.  He is the author or editor of nine books including the award winning "Pistols and Politics:  The Dilemma of Democracy in Louisiana's Florida Parishes, 1810-1899."  He is also screen writer and producer of five documentary films including "American Crisis, American Shame:  The National Consequence of Coastal Erosion," which won the gold medal in the Environmental Docu-drama category at the New York International Independent Film Festival and a Special Jury Remi Award at Worldfest International Film Festival.  He is the author of multiple articles focused on irregular operations in the Civil War and his work has been highlighted in media outlets such as the New York Times, ABC World News Tonight, and the British Broadcasting Corporation. 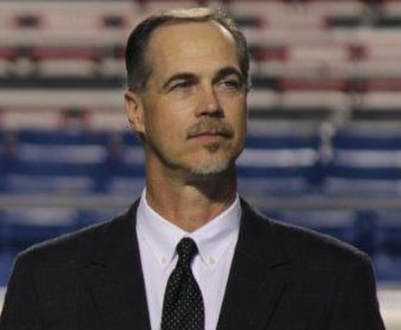